Jonathan Turner was Cory, Shawn, and Topanga's teacher at John Adams High. His authority was sometimes undermined by George Feeny, due to the fact that he had new and fresh ways of dealing with students, as opposed to the conservative ways most other teachers have.

His appearance also suggested that he was a young man, which was strengthened by the fact that Cory mistook him as Harley Keiner on his first day of high school. Turner's teaching methods were often questionable, but they have always brought desired results and taught the characters many valuable lessons.

In one episode, we learn that Jonathan's parents were rich, but he decided to run away in order to fulfill his dreams of becoming a teacher. Throughout the time he appears in the show, Turner develops a strong relationship with the main characters, particularly Shawn Hunter, who lives with him for a brief amount of time while his dad is away. 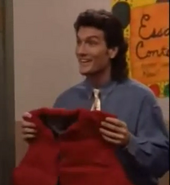 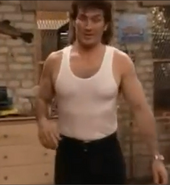 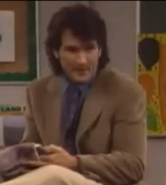